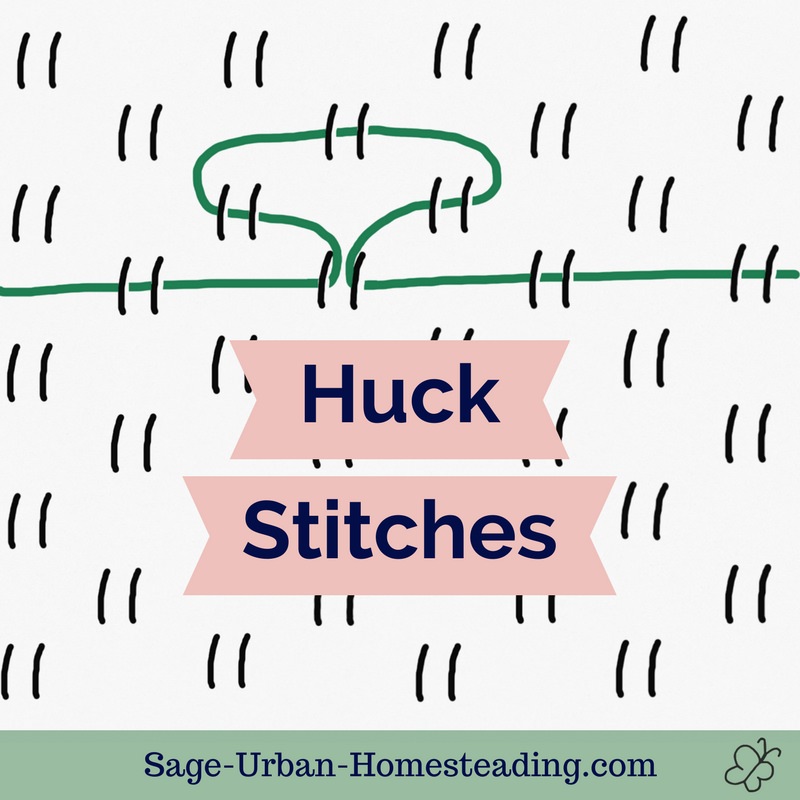 Always start stitching in the middle of the fabric. You can fold it in half to find the center.

Find the middle of the thread and work one half to the end, then rethread the needle at the other end to work the other half.

Starting in the center and working outward keeps the cloth from pulling out of shape as you work.

Hint: Use safety pins to mark rows as you count. Leave them in until you're done stitching in that area, and you won't have to recount.

Your Swedish weaving patterns may have the instructions written out or a picture diagram for you to follow. Either way, there are still only two basic huck weaving stitches.

The stitch used most often is the basic darning stitch. The floss or yarn is simply passed through a loop (sometimes called a float). 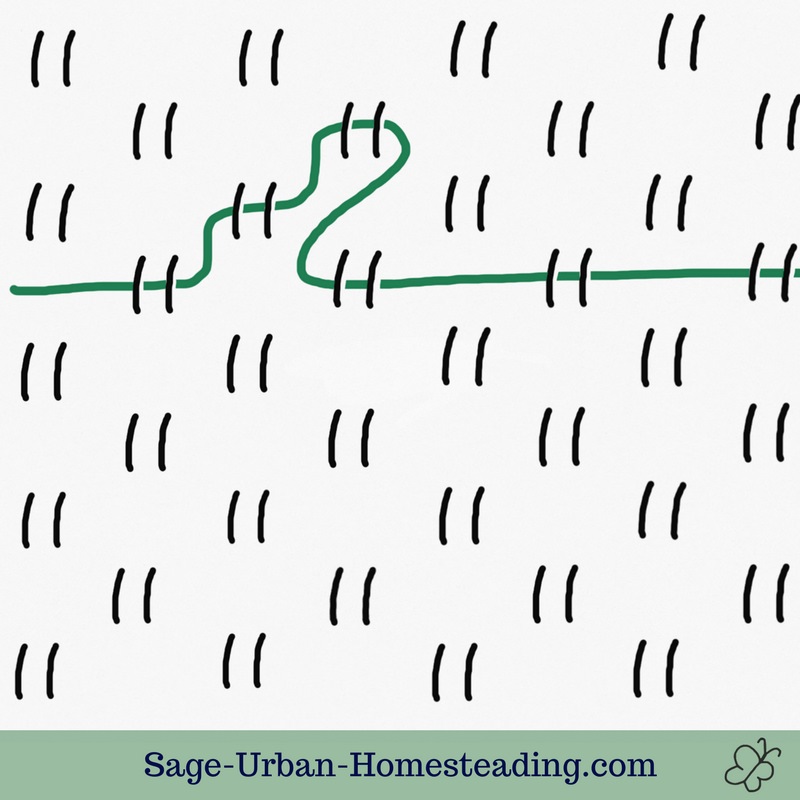 To move to the next loop, you can go straight, diagonally up or down, or enter the loop in the row directly above or below from the right or left.

You can split a float with the darning stitch by only going through one thread, continuing your design above, and coming back down to catch the other thread. 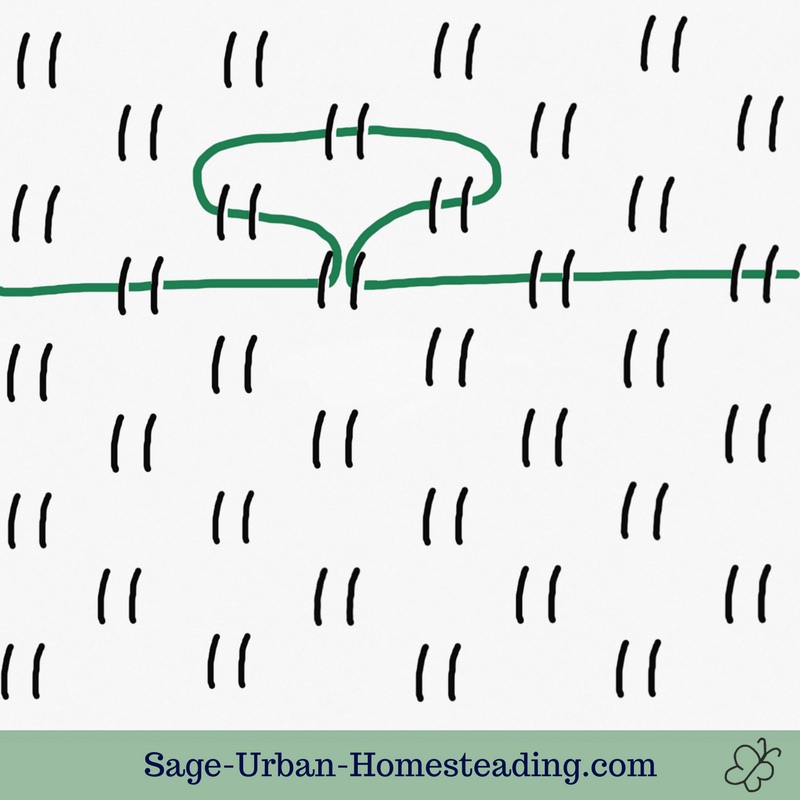 Split float stitch dividing one of the raised loops, usually for design symmetry

Doing half at a time this way helps with symmetry on certain patterns.

Another basic huck weaving stitch is the around-the-loop stitch. 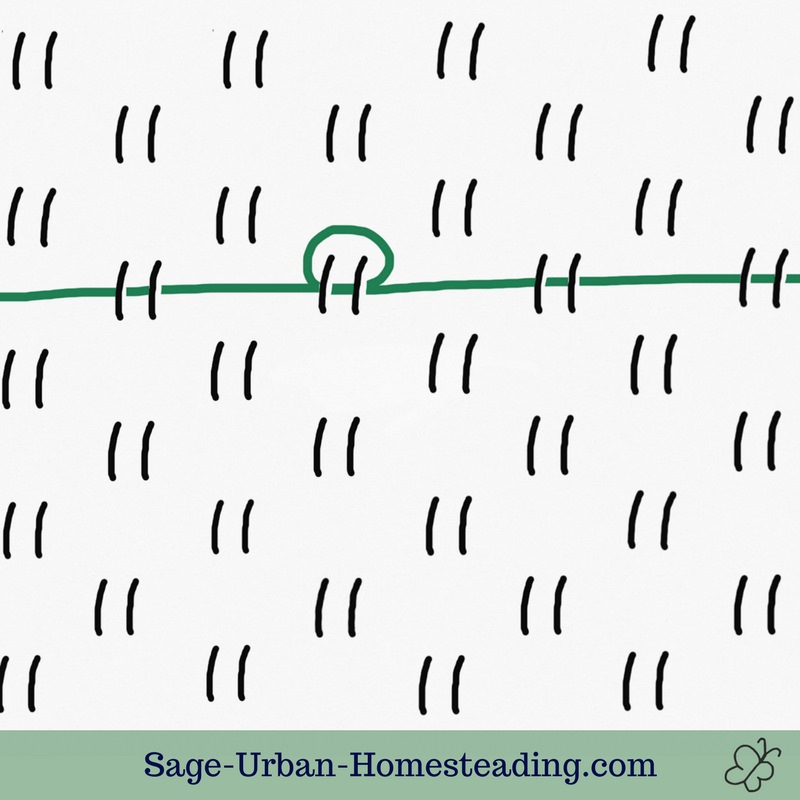 It's often used to make a more solid design because it causes more thread color to show than in the basic darning stitch.

To start a thread in the middle of the fabric, fold the thread in half to find the middle. Knot the thread to a loop with a lark's head knot at that middle point in the thread. 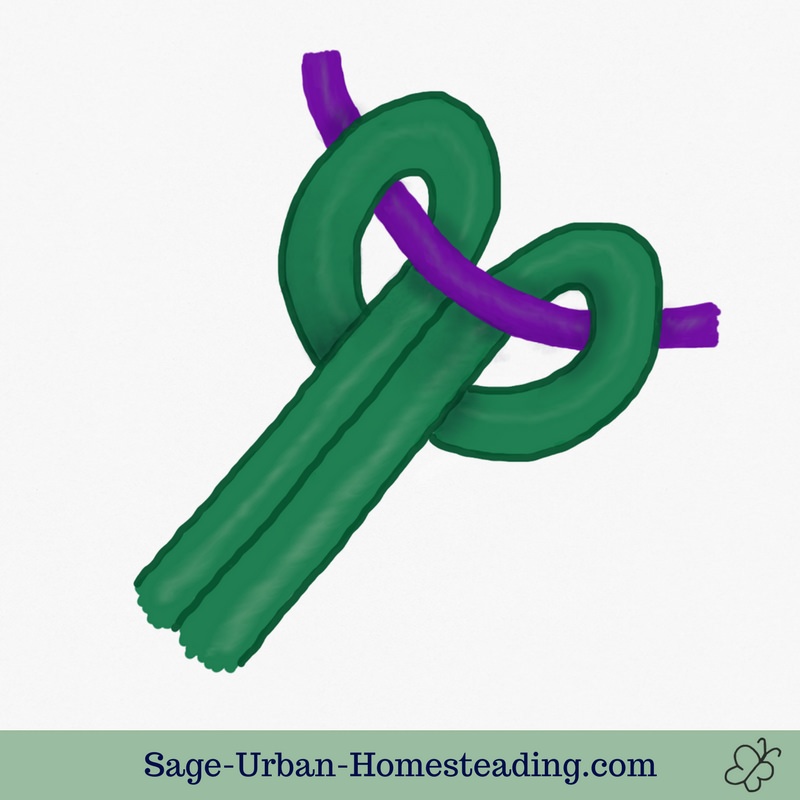 Lark's head knot, useful for attaching thread in the middle

To end a thread, make an around-the-loop stitch and tie a knot. If desired, you can pass the thread to the other side of the fabric before tying the knot. It's best to end threads at the fabric edge, just before the selvedge.

I know you're not supposed to use knots in embroidery, but I think they're required on towels that will be machine washed and need to hold up against wear and use.

Huck towels are the perfect place to experiment with huck embroidery stitches if you're just trying it for the first time. 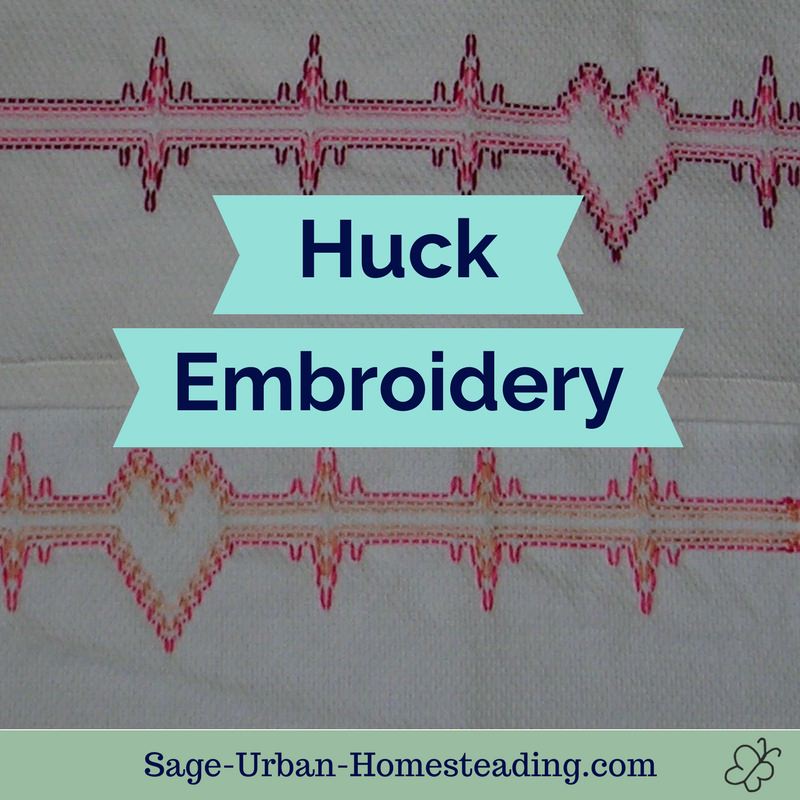 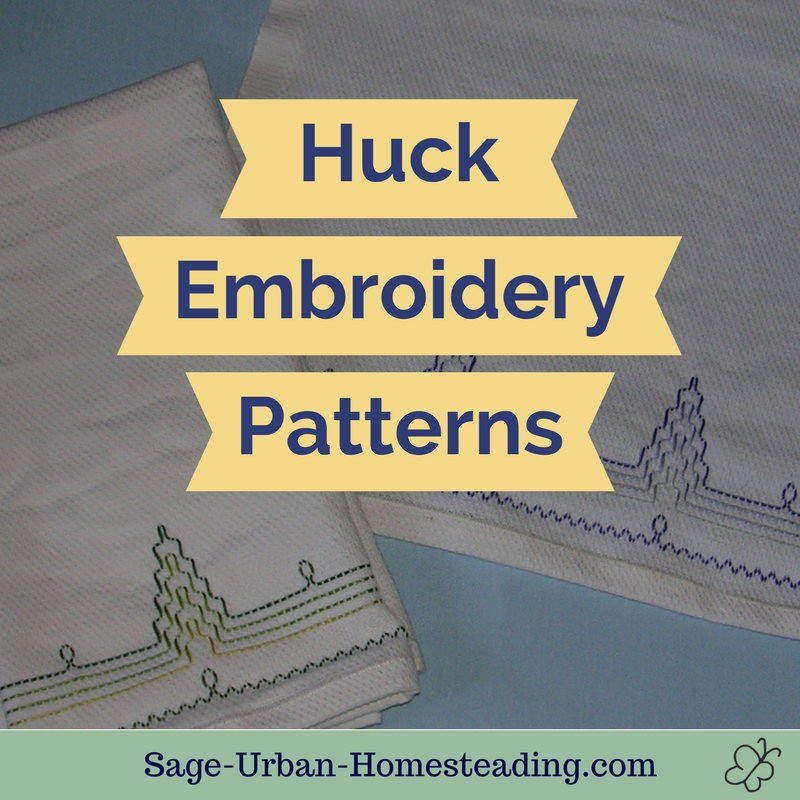 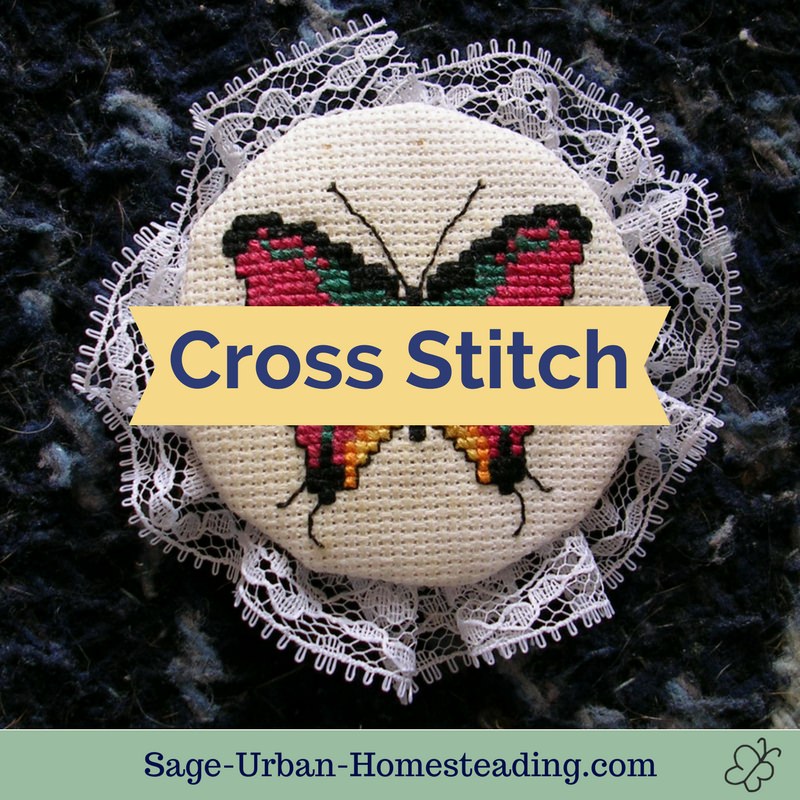 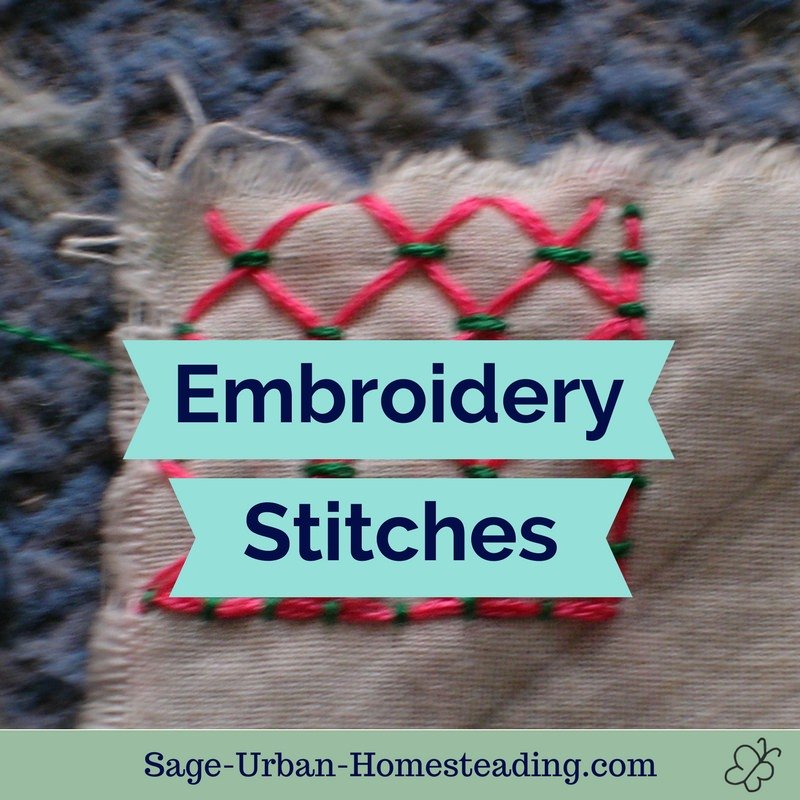