Here's an overview of what our year of 3rd grade homeschooling (age 8-9) was like. Our learning continued on a schedule that was mainly student-led. 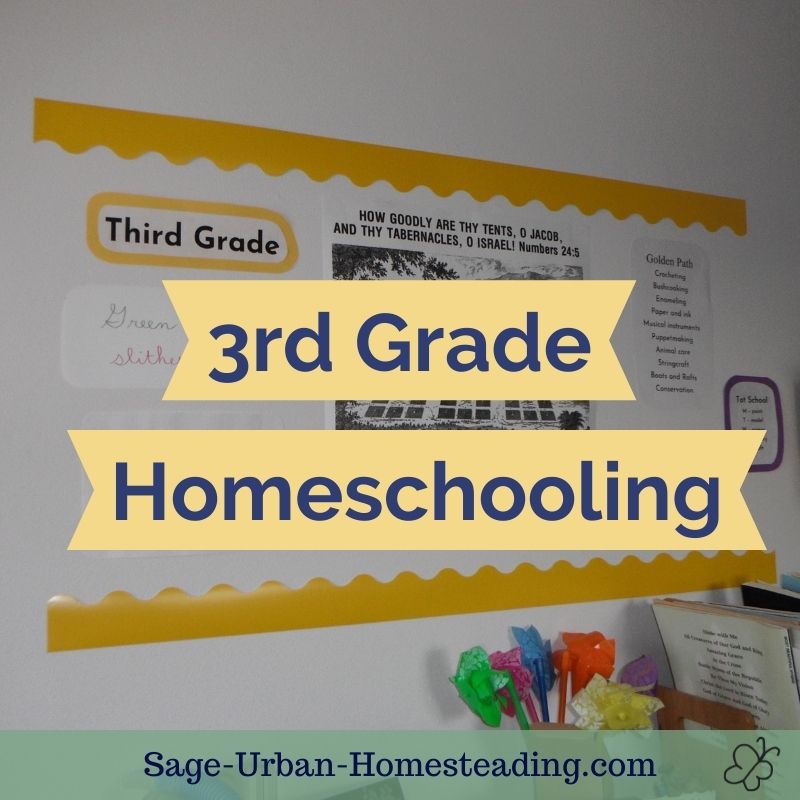 I was a little nervous about this year. I'd read about the "nine year change" in the Waldorf literature. Would my child suddenly become difficult?

I actually found her no more difficult than in previous years. So far the most difficult time for us was first grade, and a lot of that problem was solved by switching to workbooks and giving her more autonomy.

My third grader wanted to continue the more independent style of learning using  workbooks and studying at her own pace. She loves workbooks!

This year I finally allowed her to do math workbooks, too. I had held off in other years because I wanted to make sure she had a solid foundation with manipulatives and games from the hands-on math program we had started.

We continued to do science experiments and art lessons together. She also needed me to read her spelling words to her when it was time for quizzes.

Again, I gave her more autonomy about setting her own schedule. Most workbook sets for each subject had 5 books, so we were aiming for roughly one each for September, October, February, March, and April. Language arts and math had 10 books, so she tried to do two per month.

You can skip December and January?

Yes! As a homeschooler, you can set your own schedule. We don't stop learning -- learning is our way of life! But we do stop lessons. Instead we do Christmas crafts, baking, and things involving friends and family, and our religion.

This year she got really interested in using a planner book to help schedule herself.

This year she got off schedule in the winter due to visits from family and having a cold, so she didn't start up again after winter break until March and consequently had work to do in May.

For physical education, we played lots of games with her Brownie Girl Scout Troop. They did variations of tag, Chinese jump rope, a game from Ghana called "pilolo," and running around outside following clues for letterboxing.

Her workbooks were language arts, mathematics, social studies, music, and Bible from Christian Light Publications. This year we did not do the science workbooks, as I described above, and we did not do the reading workbooks. She got plenty of grammar and vocabulary in language arts, and plenty of comprehension and reading strategies in science. She also had a 6 trait daily writing exercise book to strengthen her writing skills.

We also continued the Harcourt Health and Fitness series we'd used other years. It consists of a textbook and workbook. I am really impressed with the amount of topics they cover, and it gives us something to show for health and phys ed.

She really enjoyed using cursive for most of her work this year. She did do her workbook lessons in Braille one day just for fun, but I told her that was not fun for me because I did not have time to decode them!

For science, we studied water, climate zones, floods, and did an interesting experiment using a stopwatch to time how fast the soil drains in different parts of our yard. She had fun building a waterwheel.

I wasn't sure how it was going to go doing third grade science with a toddler around, but it worked out surprisingly well. I had often science activities for both of them with water experiments, coffee filter art using a dropper, and playing with magnets. The third grader absolutely loved the magnet and floating paperclip trick we did while talking about forces.

Waldorf this year highlights measurement, Old Testament stories, and Jewish holidays. She built a Sukkot tent from cardboard box. It was fun to play in until the toddler pulled off all the decorations!

In the fall, she started moving through the workbooks too quickly. I had to take some away that were supposed to last all year (health and music). She loves math now with the workbooks.

She did a month of Musiah piano lessons and definitely improved her sense of rhythm, but she wasn't practicing regularly. We decided the program was not worth the price since we are on a tight budget.

We went on field trips with a homeschool group to the lake and beach at Greenbriar State Park and to tour the Maryland Fire Museum.

She did printmaking in art, trying different techniques. It was fun to use the brayer.

Her handwriting really improved a lot in the first month of school. She had struggled with organizing ideas and expressing herself, but she was finally able to write a paragraph. The  Daily 6 Trait book is great and has paid off. We used the grade 2 workbook last year although she didn't like it (complaining it was "so hard") and we are using the grade 3 book this year.

In language arts, she has done lots of work with reference books such as the encyclopedia, dictionary, and atlas. She is really into the American Girl historical books and the Little House on the Prairie series. She did some writing about comparing those.

In social studies, she learned about maps, Egypt, the Sinai Peninsula, Palestine, and ancient Jerusalem.

We had our earliest review ever this year. For 3rd grade homeschooling it was in early November! We still had plenty to show, and it all went very well.

I enjoyed listening to The Little Birch House audio book with her. It was a good comparison to the Little House series.

As I described above, she took a winter break from workbooks but not from doing science with me. We had fun around the holidays with studying force by building mini go carts and looking at the drawings made by spinning tops.

In Girl Scouts, we did the World of Girls Journey. Their favorite part was learning games from other countries. 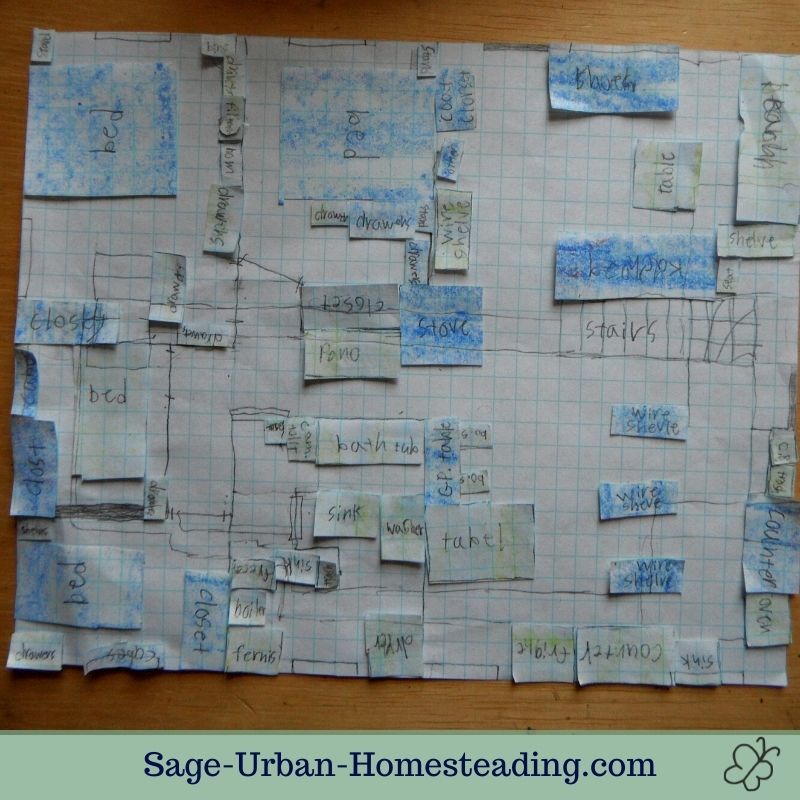 Lots of measuring to make a house layout to scale!

It's surprising how much she loves to look at an atlas. She makes her own games of traveling from place to place and finding the best route.

In social studies, she studied Greece during the time of the New Testament, the Netherlands, colonial Philadelphia, and modern Israel.

In science, she learned about germinating seeds, crayfish, bones (she thought dissecting an owl pellet was disgusting), muscles (we built models with sticks and rubber bands), and fingerprints. She really got into the seeds and was a big help with the garden and indoor seed starting.

She dabbled a little more in piano and tried the ukulele. We listened to the Classics for Kids podcast. For art, she tried painting people. We also studied Monet and the Impressionists.

In language arts, she studied some poetry, did more with parts of speech, and irregular past tense verbs.

In math, she did division and multiplication. She did more with fractions and got really interested in recipe books. Since it was finally safe to visit the library in person, we started attending toddler storytime, and she looked for books.

We always do the summer reading programs through the library, and it's great to keep your hands busy with crafts while listening to an audiobook.

Transition to the Next Grade

We continued our yearly tradition of looking back over what she learned in third grade homeschooling, what she wanted to do this summer, and what she wants to learn in fourth grade.

I am relieved to see her actually able to write and express herself better. While she is still not writing stories for fun, it at least seems possible now. Maybe she will figure that out soon?

I am disappointed that she didn't get farther in piano. We plan to do more with playing the ukulele next year since that interests her.

The biggest surprise this year has been her interest in math. She really blossomed with the workbooks and it went from being her least favorite subject to something she is very good at doing. 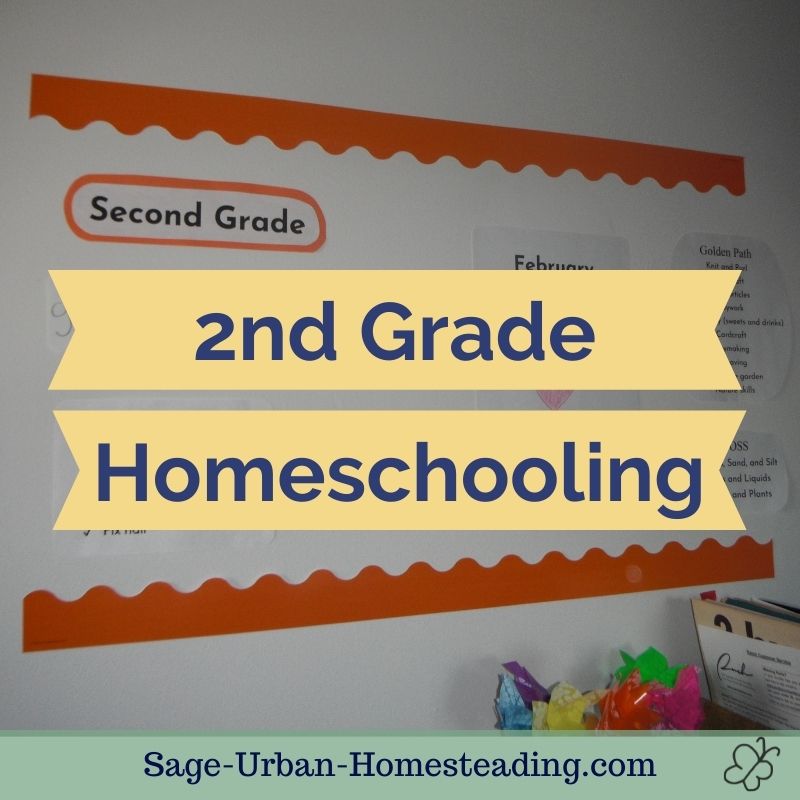 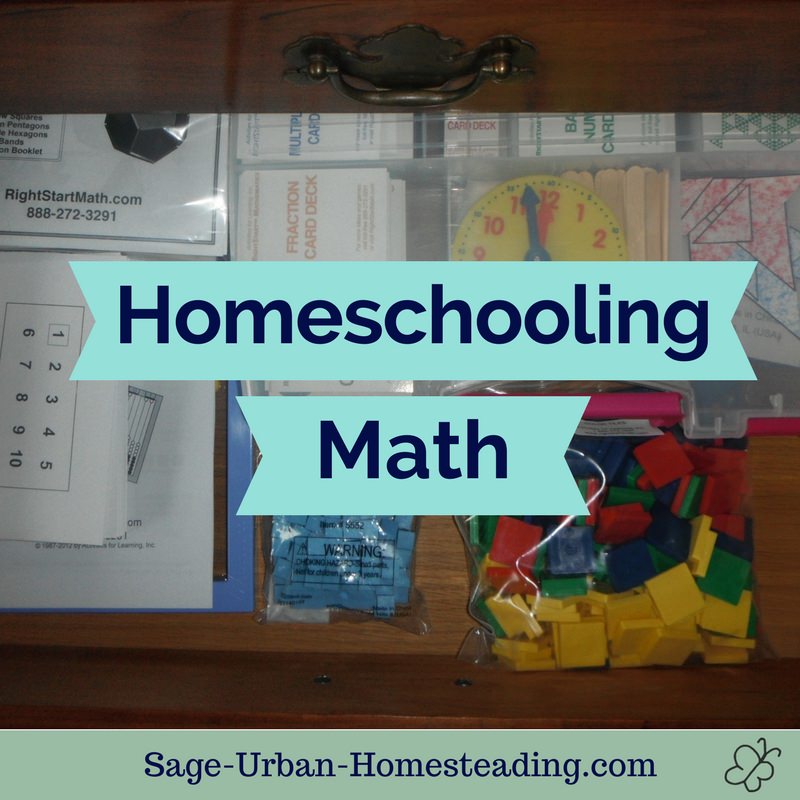 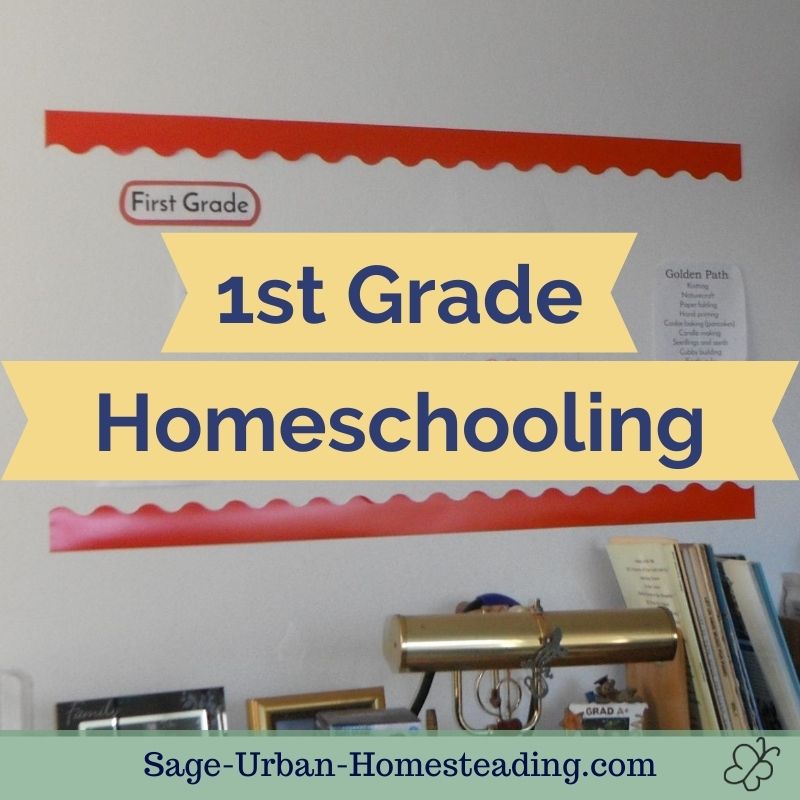 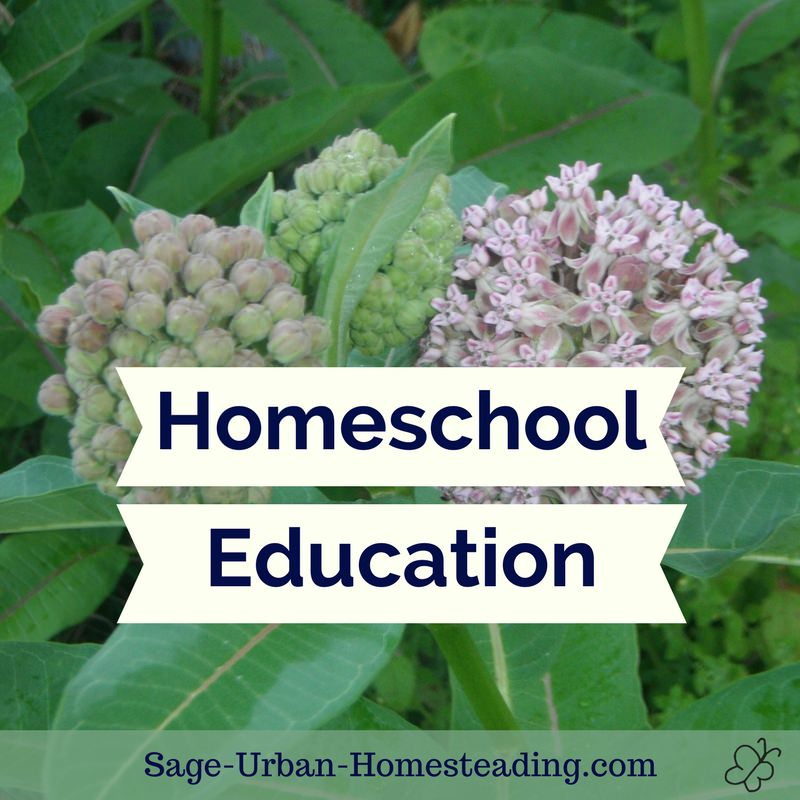