To prepare for taking my first weaving class, I got several books to learn weaving terms. I'm so glad that I did! If you can't tell warp from weft, you're in trouble. 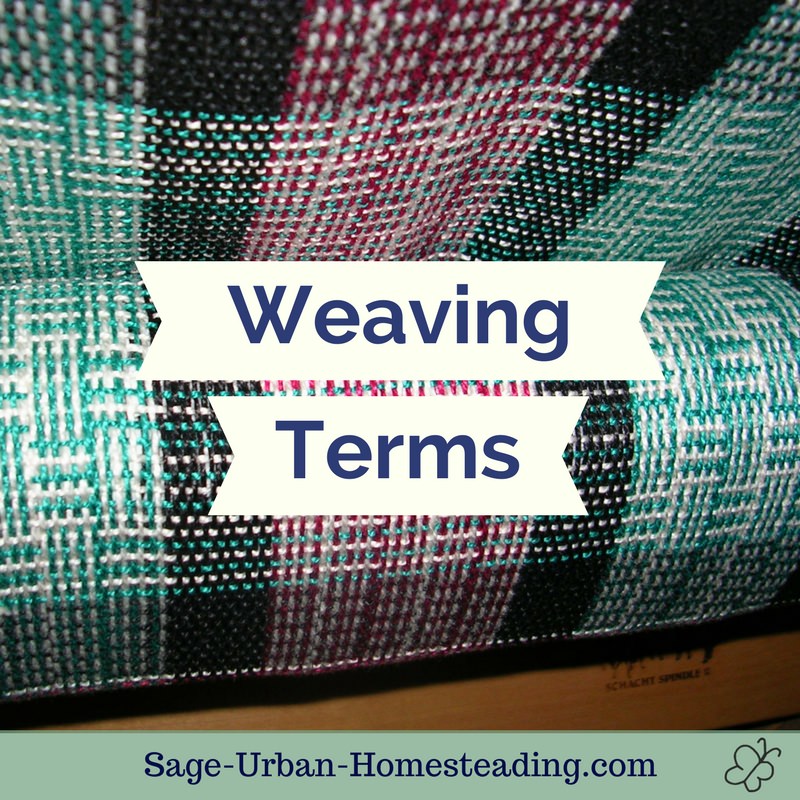 I teach children to remember it this way:

A loom holds the warp tight and straight so that you can weave the weft from hand to hand. A shuttle carries the weft. The space the shuttle passes through is called the shed.

Parts of a Loom

Apron Rod
The rod where the warp is tied onto the loom. The one in back is attached to the warp beam. The one in front is attached to the cloth beam.
Back Beam
The bar the warp passes over from the warp beam to reach the harnesses straight.
Beater
The heavy weaver's rod used to push the rows of weft threads together.
Break
A pedal used to release the tension in the warp beam.
Breast Beam
The bar the newly woven cloth passes over after being beaten and as it winds down to the cloth beam.
Castle
The central part of a loom where the harnesses are located.
Dents
Slots in the reed, given as a number per inch.
Cloth Beam
Next to the weaver where the newly woven fabric is wound. Usually held tight by a ratchet brake.
Harness
Frame carrying the warp threads through heddles to create a pattern. Also known as a shaft. Usually controlled by foot treadles or hand levers.
Heddle
A metal or string piece with an eye for the warp. Heddles hang on the harness.
Reed
The piece with slots for separating warp threads.
Shaft
See harness.
Tie-up
Cords connecting the foot treadles to the harnesses. Displayed on the weaving draft.
Warp Beam
At the back of the loom where the unused warp is wound. Usually tightened with a crank and held tight by a friction brake.

Bobbin Winder
Used to wind bobbins of yarn for shuttles.
Corrugated Cardboard
Rolled between the layers of warp around the warp beam.
Draft
A chart that communicates the weaving pattern to the weaver.
Heddle Hook
Used to pull yarn through the heddles.
Lease Sticks
Used for holding the cross when warping the loom from front to back.
Raddle
Used when warping from back to front.
Sley Hook
Used for sleying the reed, which means threading the dents.
Temple
A stretcher used to keep the weaving width consistent.
Toilet Paper
A filler and spacer for evening out the warp when starting to weave or leaving room for fringe between woven pieces.
Umbrella Swift
See the umbrella swift page.
Warping Board
A frame with pegs to help you measure out warp lengths quickly.

Cross
A figure 8 made on the warping board to help keep threads in order for sleying the reed.
Draw-in
Pulling in at the selvedges to give a different fabric width than the warp width on the loom.
e.p.i.
Ends per inch. A measurement for the number of pieces of warp yarn in a weaving. Also referred to as the warp sett.
Fell
The edge of the fabric just created by the last weft shot.
p.p.i.
Picks per inch. A measurement for the number of pieces of weft yarn in a weaving.
Selvedge
The sides of the fabric where there are no warp ends.
Sett
Another way of discussing the e.p.i.
Shot
One pass of the weft through the shed, also known as a pick.
Sleying the Reed
Threading the dents.
Take-up
The length of yarn absorbed by curving into the other threads to create the weave. You have to allow for take-up when calculating weaving size and finished size.
Warping the Loom
Attaching the warp by sleying the reed and threading the heddles.

For more weaving terms and vocabulary, take a look at the types of weaving looms, weaving shuttles, and weaving patterns. 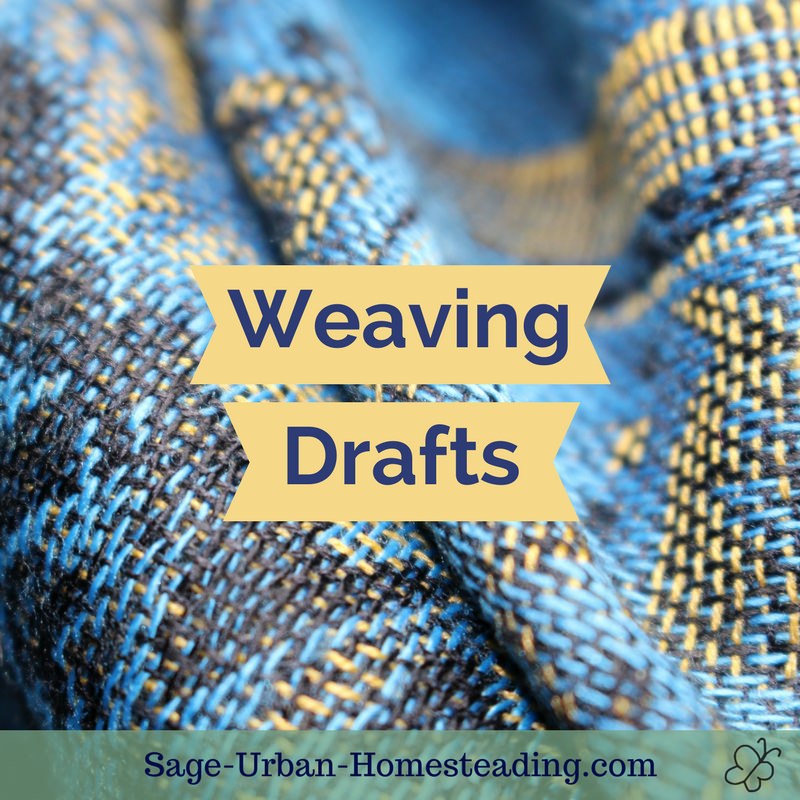 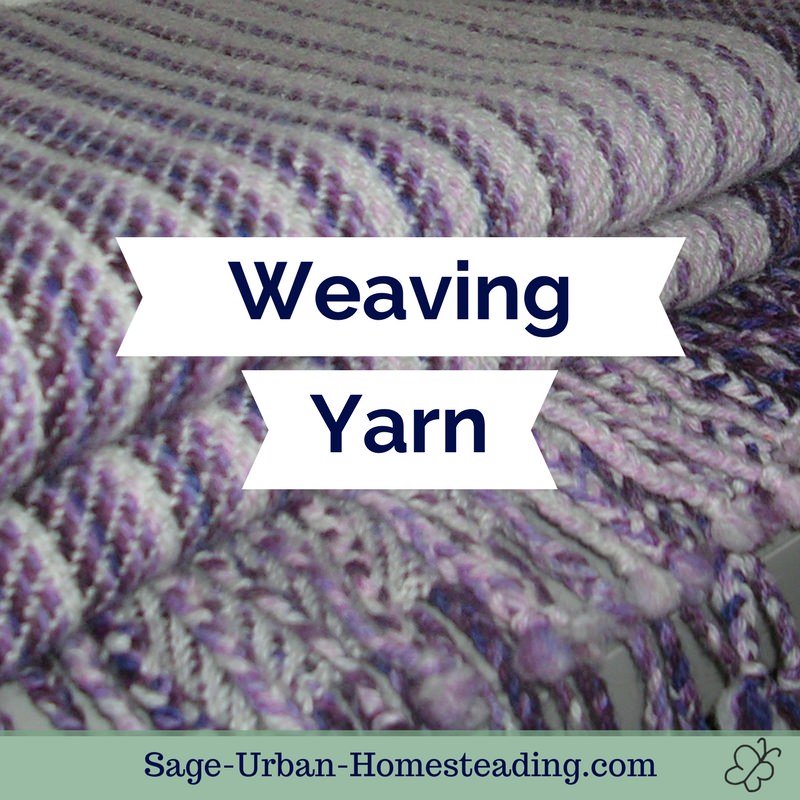 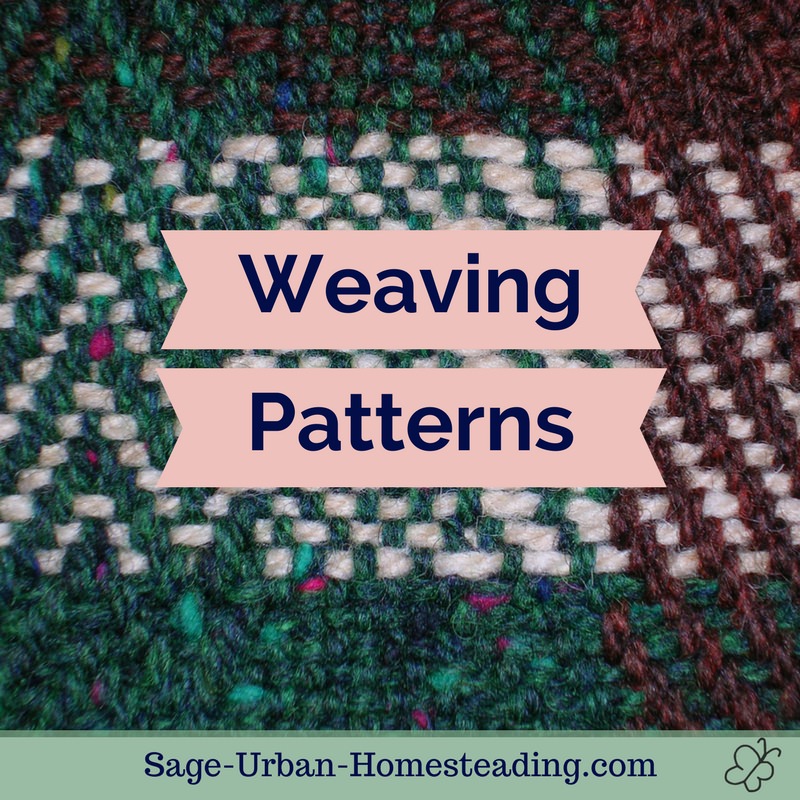 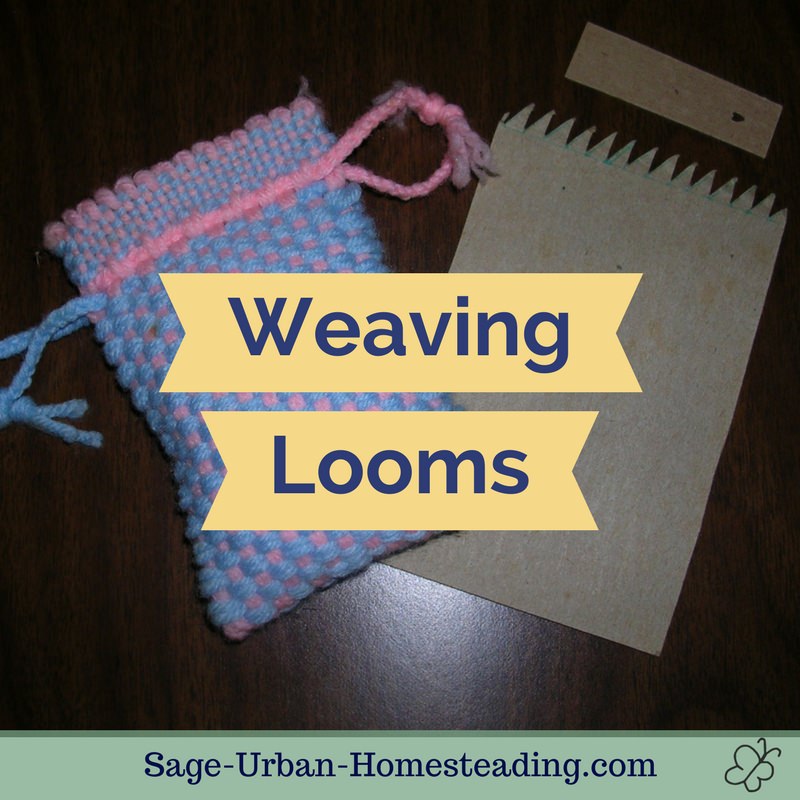